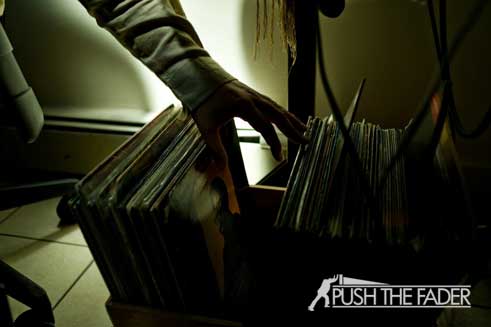 The importance of Vinyl in 2011

Not a day goes by when I don’t hear someone talking or writing about how no one knows what is going on with the music industry. The future of music and how we will access it remains a question mark. These are some bugged times indeed.

The thing that is for sure is that most DJs (myself included) are now spinning in clubs with their laptops or aren’t carrying the amount of records they once were (I’ve witnessed most selectors in Europe being happy to rock off of CDs on a nice pair of CDJs).

In the ’90s, the “Save the Vinyl” movement was created and it’s logo (two hands holding a piece of wax) was found on the back of many albums during that era. There was a unity amongst vinyl supporters, we would not let the format die. And we were successful. I once heard from some record label friends that DJs were the ones keeping new releases from being printed strictly on CD during that era.

The question of the existence of wax remains today.