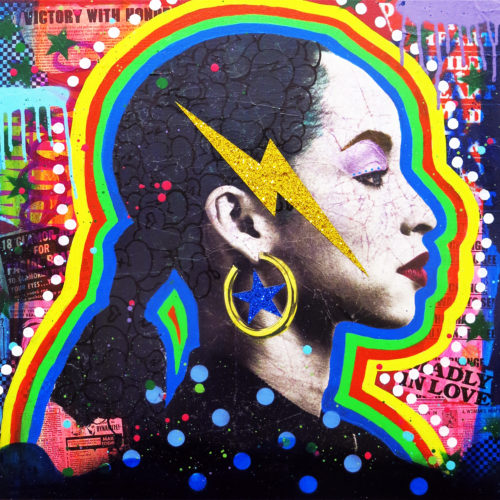 DJ Center and Sly5thAve share a love of two things: the drum heavy, ‘Samba-Jazz’ of Brazil and the transcendent songs of the Queen, SADE Adu.

The lush vocals on the tune come courtesy of Rio de Janeiro’s own, Thalma de Freitas, who styles on this version of Sade’s Paradise, dancing between lyrics sung in both English and Portuguese, ending in a smoky jazz scat to take out the song. Thalma’s melodies transport us to a magical place that we never want to leave, one that could only be found in paradise. A Paradise that Sade once described in 1988, and now one that DJ Center, Sly5thave and Thalma de Freitas revisit in 2018, with their own style and flavor.

The original artwork found on the cover is blessed by the amazing, Indie 184.