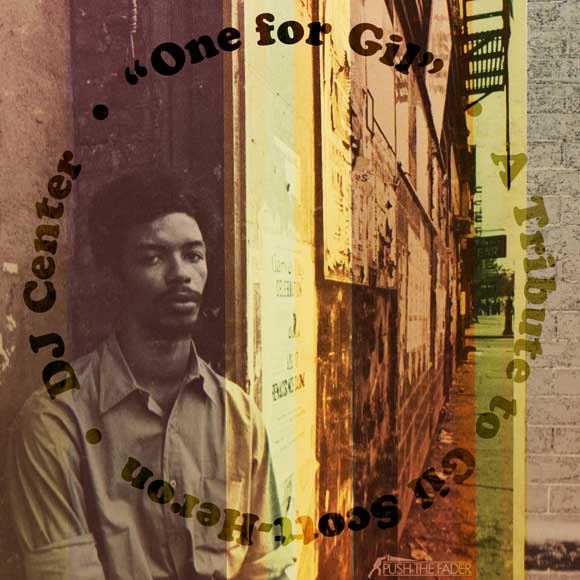 One for Gil- A Tribute to Gil Scott-Heron (Download)

It’s been just over three weeks since Gil’s passing. Like all death, it is extremely hard to initially get the news, but as time goes on, we find ways to move on and the reality of someone passing fades, deep into our memories.

Well, to me, this one is different. The reality of Gil’s passing and the void that has been left with his absence, has been hanging over me since Friday, May 27th. Gil had a voice and spirit like no other- beautiful, soulful and real, with every word he spoke. Whether it was through his critique of America and the ‘deals in back alleys where politicians often hide’ or his call to unify the Black community, shining light on the injustices done to people of color, Gil did it like no other and to the death.

He brought truth to word with a deep musical backdrop and classic humor that could only be his own.

Over the last few weeks, I’ve been revisiting Gil’s entire body of work and decided to put together this tribute mix for you. This mix is in celebration of the music Gil created.

Now, this is not a “definitive” collection or a “best of”, but these pieces are songs that have meant something to me over the years. The hope is that you might discover one or two cuts you had never heard before or that this mix might bring something back for you, as you bump these timeless classics.

Truthfully, I’d need to put together volumes of these mixes to be able to include everything, because Gil’s discography IS that deep! He left behind an incredible legacy…and truthfully, I don’t know what more can really be said about Gil and the music he made….

Press play and you’ll hear it from Gil himself…

PC Users: Using your mouse, right click on the link and select “Save Target As” from the menu and your download will begin.

3. Gil Scott-Heron “Home is Where the Hatred Is” (Flying Dutchman)

9. Gil Scott-Heron “A Legend In His Own Mind” (Arista)

11. Gil Scott-Heron “The Revolution Will Not Be Televised” (Flying Dutchman)

15. Gil Scott-Heron and Brian Jackson “Pardon Our Analysis (We Beg Your Pardon)” (Arista)

16. Gil Scott-Heron and Brian Jackson “Rivers of My Fathers” (Strata-East)

17. Gil Scott-Heron and Brian Jackson “Your Daddy Loves You” (Strata-East)

20. Gil Scott-Heron and Brian Jackson “Must Be Something” (Arista)